I have always heard the pen is mightier than the sword. I am inclined to believe that is true. There is an unquestionable power in words that carry serious implications and shape the way we understand reality. In the field of semantics, linguists study the definitions of words, and how people understand words in various and nuanced ways. Whenever we as people consider particular words, we may unconsciously color the meaning of words with our personal desires or human experience. That is why it is vital to consider the objective meaning behind words when we use them in our everyday conversations.

In this article, I aim to take a closer look at the truth behind the Progressive label many Christians have associated with their beliefs. I argue that this label is an inaccurate term that is deceiving in its biblical thrust. I would like to point our three ways that I believe the label Progressive is inaccurate due to being at variance with the Scriptures.

It is important to understand that Progressive Christianity is a self-avowed label of which people boast. In other words, the term progressive is merely a description that some Christians have bestowed upon themselves based upon how they view their cause, and not because society saw it befitting to champion the movement due to a positive direction of the Church.

The ramifications of mislabeling a movement is that it gives license to continue in the destructive direction in which it is headed and causes confusion. Men and women of faith are easily convinced that they are making progress for the Church and people. And therefore very little introspection may occur as it is assumed that the revisionism of the modern Church has become a deus ex machina.

I would never make the claim that every person under the umbrella of progressive Christianity is completely ignoring the precepts and commands of God. But I do believe that many morals of the Progressive Church and secular society have become so interwoven insofar as to be indistinguishable from one another. And so I cannot in good conscience accept the label Progressive.

Humanity is not Morally Progressive

The second problem I have with this misuse of labeling is that it assumes humanity is progressing in a morally positive direction. But a cursory observation of world history in the 20th century alone is enough to pull the rug from under such a delusion. In an era when we are supposed to be more intelligent, humanitarian, informed, and compassionate, more than one-hundred million people were murdered in response to three evil men. As Dinesh D’Souza writes in What’s So Great About Christianity?:

In the past hundred years or so, the most powerful atheist regimes—Communist Russia, Communist China, and Nazi Germany—have wiped out people in astronomical numbers. Stalin was responsible for around twenty million deaths, produced through mass slayings, forced labor camps, slow trials followed by firing squads, population relocation and starvation, and so on. Jung Change and Jon Halliday’s authoritative recent study Mao: The Unknown Story attributes to Mao Zedong’s regime a staggering seventy million deaths… Hitler comes in a distant third with around ten million murders, six million of them Jews (D’souza, 218).

If that were not enough, there are still other staggering statics such as the amount of innocent unborn babies murdered since Roe vs Wade. The amount of babies murdered through abortion worldwide are 1,464,832,514. As I sit here at my computer watching the website that records live statics on abortion, there is one to two infants murdered every second. By the time I finish writing this sentence, twenty-five infants will have been aborted.

Though we should not be so surprised about the lingering evil in the world. A close reading of the Scriptures reminds us that even the chosen people of God rebelled against Him during their long history through a repeated pattern of progress and regression. The book of Judges tells us:

Then the Lord raised up judges, who saved them out of the hands of these raiders. Yet they would not listen to their judges but prostituted themselves to other gods and worshiped them. They quickly turned from the ways of their ancestors, who had been obedient to the Lord’s commands. Whenever the Lord raised up a judge for them, He was with the judge and saved them out of the hands of their enemies as long as the judge lived; for the Lord relented because of their groaning under those who oppressed and afflicted them. But when the judge died, the people returned to ways even more corrupt than those of their ancestors, following other gods and serving and worshiping them. They refused to give up their evil practices and stubborn ways (2:16-19).

The kings of Israel and Judah were no exception. There were thirty-nine kings other than Saul, King David, and Solomon. Of those thirty-nine kings only eight were deemed righteous. Time and again we read about the Jewish people turning their backs upon God to worship idols and give themselves up to every lust and passion of the flesh. We have not experienced any real progress from this kind of rebellion against God. It is true that there may be times of peace and progress, but let us not delude ourselves into thinking that this kind of prosperity is lasting and an actual reality in the present.

I know that my understanding of morality differs from many Progressive Christians, but there are some facts that are simply indisputable. Again, this is why I cannot accept the label Progressive.

Progression of the Church or the World?

The final issue that I want to address is the motive behind this idea of progression. The thought seems to be that the Church and the world are making positive progress. And here we come once again to semantics. In order to make the claim that progress has been reached we must first define what kind of progress—or more importantly—whose progress we are talking about.

The idea of progress has no positive meaning in and of itself e.g. mankind can make progress towards destruction. The word progress merely means forward or onward movement towards a goal.

Earlier I said that many morals of Progressive Christianity and secularism have become indistinguishable. Here we must ascertain if the progression of the aforementioned Christians is actually the kind of progression that is in alignment with the Scriptures and God. I would have to argue in the negative considering the lack of biblical morality that is so often propagated from the liberal side of Christianity.

The scope of this article is not to show a categorical comparison of every position of the Progressive Church with the Bible. The conflicting views of both liberal and conservative Christians are well known. Instead I will conclude this thought by repeating that I believe the ideology of this kind of progression can only be true if the connotation refers to the secular world far removed from the will of God. By aligning the morality of Progressive Christianity with Secular Humanism you will find little difference. This raises concerns about a biblical and Christian worldview because we have been called to change the world through Jesus Christ—not conform to the world.

It is for this reason that I cannot get on board with the self-avowed label, Progressive Christianity, when it comes to the morals and positions of the associated theology.

I would be remiss if I did not emphasize that I believe there are good Christian men and women who identify as a Progressive. I believe that many of these men and women are doing good in certain areas that are in accord with God’s will for mankind. The object of this article is not to demean or belittle people. I have merely set out to explain why I believe the label Progressive is misguided when it comes to the Christian movement to revise biblical morality by condoning and even embracing sins that have been clearly rebuked in the Holy Scriptures. 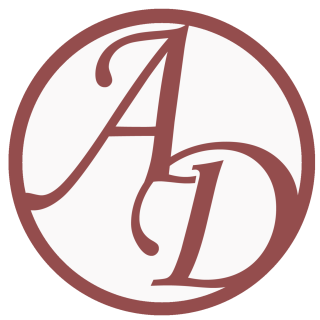